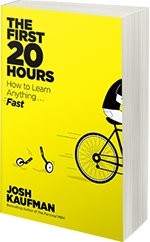 How To Learn Anything… Fast!

A practitioner’s guide to rapid skill acquisition. Accelerate your learning by deconstructing complex skills, practicing the most important elements first, and removing barriers to deliberate practice. What do you want to learn?

Summary: How I Learned to Play the Ukulele

What's the difference between a guitar and an ukulele?

The most common ukulele tuning for a soprano, concert, or tenor ukulele is GCEA. These strings are a 5th higher than the four highest strings of the standard guitar tuning of EADGBE. If you put a capo (a bar that bars an entire fret) on the 5th fret of a guitar, then play using the four highest strings, you're essentially playing an ukulele - the only difference is that the G string (no pun intended) is one octave higher on the ukulele than it is on the guitar, given the ukulele's "reentrant" tuning.

The Next Challenge: Looping

Some musicians enjoy simulating the layered production effect using a "looper", which samples audio for a few seconds, then replays it through an amplifier. The loops are controlled by a foot pedal, so the musician has their hands free to play. By creating multiple loops, the musician can produce full songs, effectively becoming a one-man band.

Here's Gianni Luminati from Walk off the Earth performing a cover of "Grenade" by Bruno Mars. Notable instruments include the ukulele, xylophone, a water cooler bottle, a carving knife + sharpener, and an unloaded air pistol. (Seriously.)

I recently picked up a Boomerang III phase sampler, and I'm looking forward to learning how to use it.

How To Learn Anything… Fast!

A practitioner’s guide to rapid skill acquisition. Accelerate your learning by deconstructing complex skills, practicing the most important elements first, and removing barriers to deliberate practice. What do you want to learn? 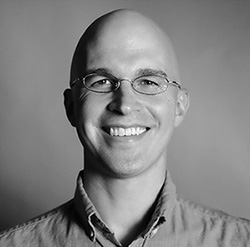 Josh Kaufman is an acclaimed business, learning, and skill acquisition expert. He is the author of two international bestsellers: The Personal MBA and The First 20 Hours. Josh's research and writing have helped millions of people worldwide learn the fundamentals of modern business.